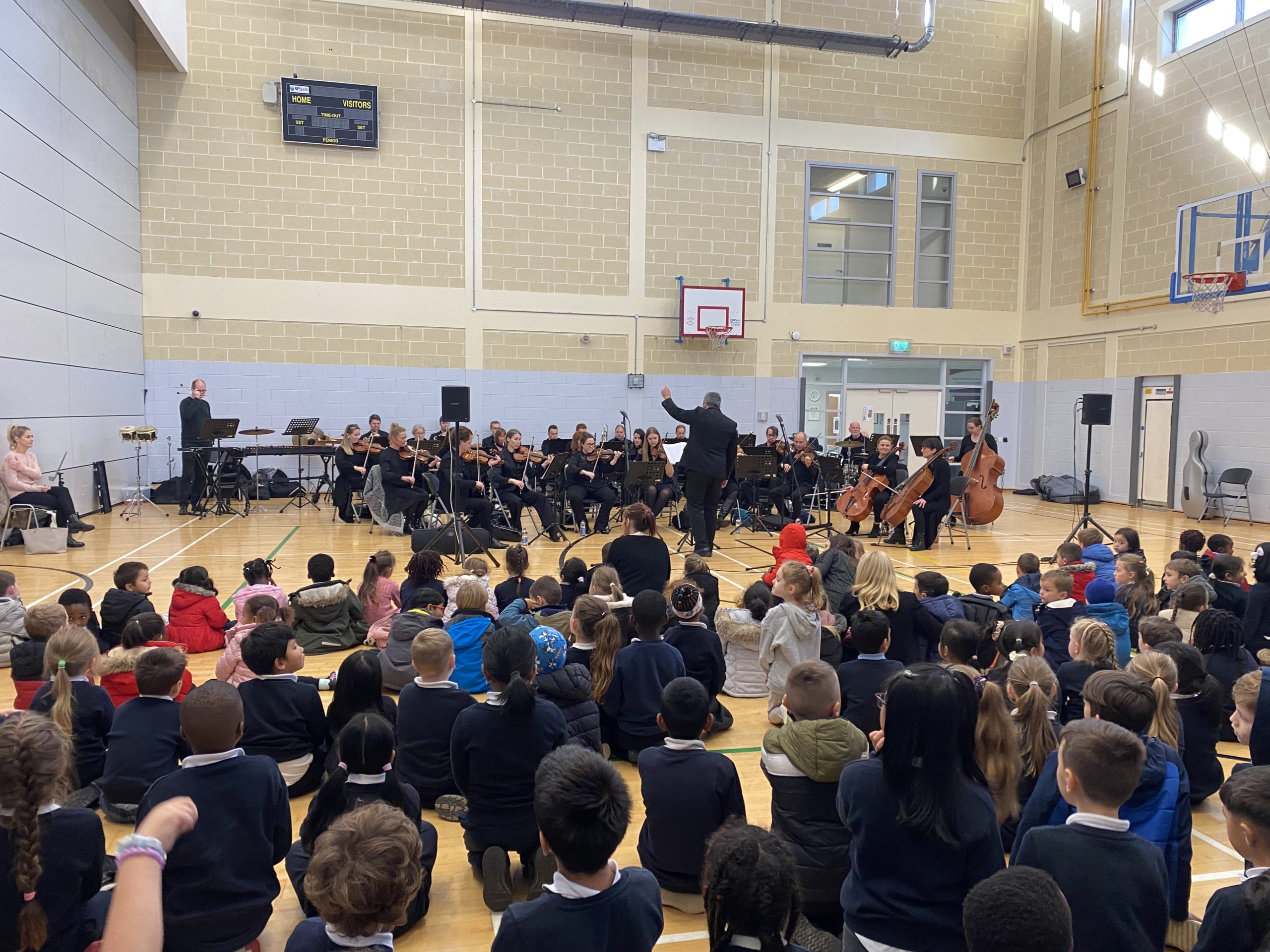 Here at the Mobile Music School, we’re passionate about primary school music. That’s why we decided to being primary school music to life! Working in partnership with the team in Draíocht we had the pleasure of bringing the amazing PLAYground Orchestra into 10 more schools in Dublin 15 with the schedule of performances concluding with a family concert in the beautiful auditorium in Draíocht. 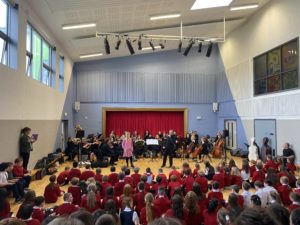 For those unfamiliar with the PLAYground orchestra- it’s a 29 piece orchestra with a singer and conductor. During a 40-minute performance the orchestra performs a range of repertoire that intends to entertain, educate and engage children and young people. Everything from Bach to the theme from Harry Potter to We Will Rock You by Queen is performed.

The PLAYground Orchestra was first developed in December 2020 as a way to entertain children and bring some music into their schoolyard during the Covid-19 pandemic. The project started out with three musicians who performed a range of tunes in the school yard and followed up with a quick show and tell of their instruments on Zoom the following day.

The project quickly evolved into a 5 piece brass ensemble. The ensemble performed everything from Mussorgsky’s Pictures at an Exhibition to John Sheahan’s Marino Waltz to Shotgun by George Ezra! All in all the brass ensemble certainly livened up the schoolyards of many schools during the pandemic! 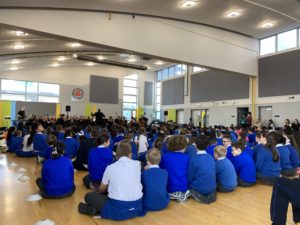 Feedback on the Project

This primary school music project was described by Sarah Beirne, Children and Youth Arts Officer in Draiocht as:

“Definitely one of the best projects we have ever delivered”.

Shay Lally from Mobile Music School had the following to say after we completed the most recent run of performance:

“The PLAYground Orchestra is the best project we’ve been involved with and produced since our inception in 2011. There are two things that stand out to me the most about the project itself. Firstly the level of engagement, hospitality and feedback we received in every school was amazing. Secondly, the PLAYground Orchestra turned into a very special community to be a part of.”

The feedback received from the schools that the PLAYground orchestra performed in has been outstanding. To top it all off we’ve received requests from all parts of the country asking for the PLAYground Orchestra to come and play in other schools.

We hope to be back on the road with the PLAYground Orchestra soon! 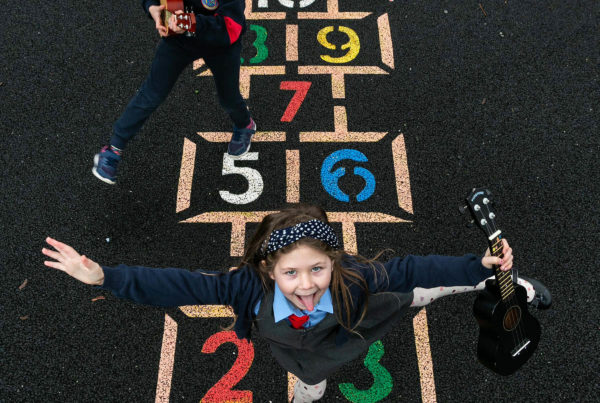 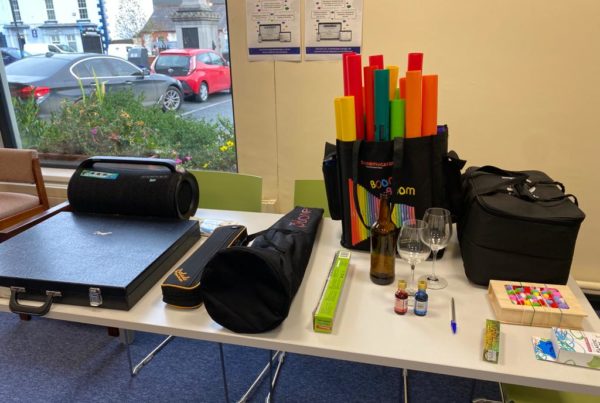 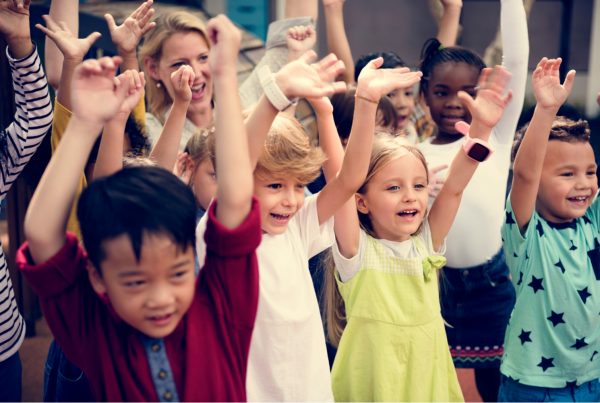