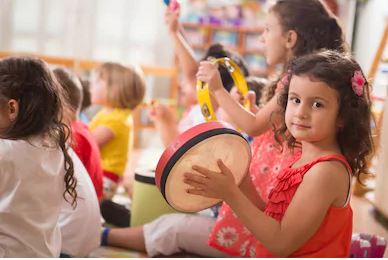 .Here at the Mobile Music School, our Drumming workshops keep us very busy throughout the year! Our drumming workshops are one of our most popular workshops, and we cater for schools, libraries, events and businesses. We were delighted to be asked to the Bleeding Pig Cultural Festival on Saturday the 10th September, where MMS tutor Karen delivered a Let’s Drum workshop. Read on to learn all about the day!

The Bleeding Pig Cultural Festival committee are a group of local people either involved or interested in the arts. Their committee was formed in 2013 to help promote the arts on the peninsula of Donabate/Portrane. The aim of the Festival was to bring together different cultural groups on the peninsula of Donabate/Portrane under one grouping. They also aimed to enable these groups to reach a wider audience within their community. In doing so, they hoped to attract a wider audience and appreciation of the cultural groups in the area.

They have also helped different groups to come together and collaborate on projects that they have initiated. These projects include the 1916-2016 Rising commemorations, International Women’s Day and more recently the Harry Clarke exhibition. The Festival has worked hard to reach out to all age groups and to all areas of arts and culture in the hope that audiences can more fully understand and appreciate the different arts and culture traditions that exist around them.

Drumming Workshops- What did the day consist of?

Let’s Drum is an interactive, hands-on drumming workshop that introduces children to a range of percussion instruments from different parts of the world. Further, these workshops cover rhythms and patterns that are commonly heard in African and Samba drumming or modern music. During a workshop every child gets the opportunity to perform on a range of different instruments. Further, each workshop culminates in an end of workshop performance of the material covered

Karen delivered the workshop to 20 participants, aged between 5-7. Karen brought down a range of percussion instruments from all over the world for the children to explore, and created an engaging, interactive and fun music making session for all involved.

Interested in booking one of our drumming workshops for the year 22/23? Why not get in touch here. 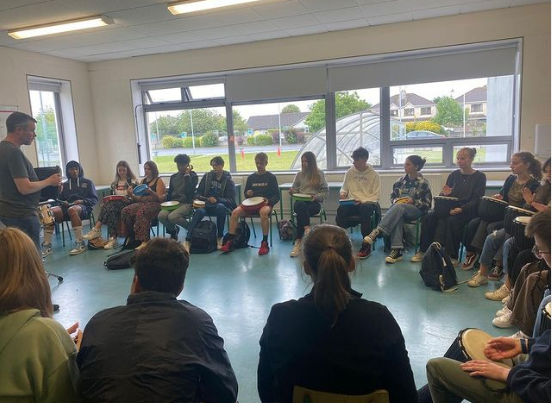 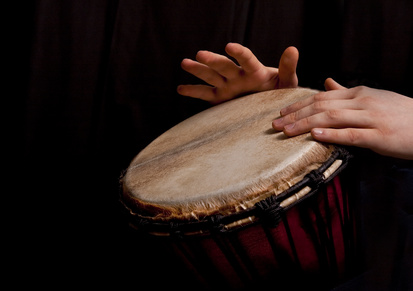 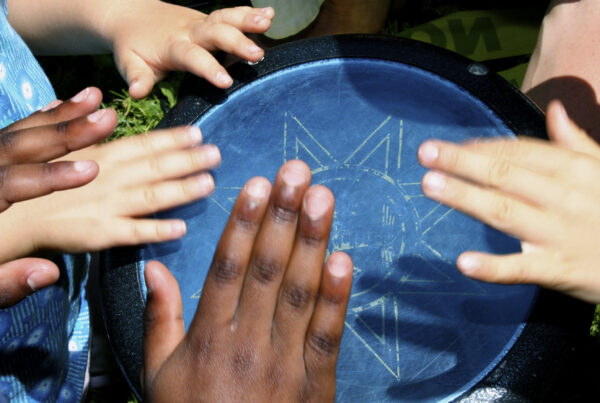 Workshops for Schools: Our Drum in the Sun Workshops